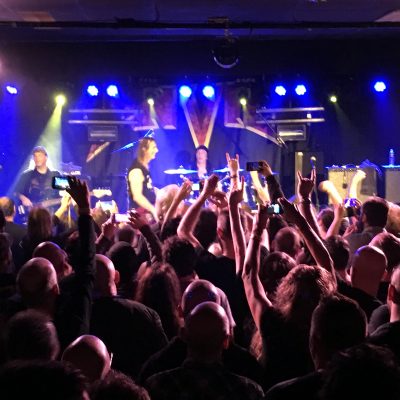 In the beginning of 2018 a cooperation took place between Pop in Limburg (NL), PXL-Music (BE) and popNRW (DE) during the Eurosonic Noorderslag 2018 in Groningen (NL). These three partners organised the Euregion Music Exchange projectduring 2018. The project took place in different locations within the three countries (Belgium, Germany and the Netherlands) and occured in the timespan of the end of august 2018 until the beginning of march 2019.

Pop in Limburg (NL), PXL Music (BE) and Pop NRW (DE) agreed on the significance of a strong Euregional cooperation and extension of collective projects. Also to reinforce the professionalization and internationalisation of talented bands, musicians, DJs, producers, rappers and their professional enthourage from the Belgian and Dutch provinces of Limburg and the German part of North Rhine-Westphalia.

During eight months collaborative opportunities to network and learn across the border were created by all partners and diverse performances at different locations and festivals did take place. This provided the possibility to – among other things – extend ones network and to learn how the pop sector operates within different countries.

Euregion Music Exchange has also created a folder with all euregion adresses from poporganisations in this region. The 2019 folder can be downloaded here.

Do you miss an organisation? Please let us know by sending an email.